Invasive alien species like the mile-a-minute weed, Mikania micrantha H. B. Kunth. (Asteraceae), are considered as one of the most serious threats to global biodiversity. The present article reports the drastic invasion of M. micrantha at the Chintamoni Kar Bird Sanctuary, South 24 Parganas, West Bengal. The paper also discusses the fore-seen consequences on the native floral and faunal biodiversity of the sanctuary as a result of the weed invasion.

As part of the larger issue of global change, invasions by non-native plants, insects and pathogens are a significant threat causing disturbance, disruption of the biodiversity and ecological processes, negatively impacting the stability, productivity, and economic value of forest ecosystems worldwide (Liebhold et al. 1995; Lovett et al., 2006; Holms et al., 2009; Loo, 2009). Alien plants invade many ecosystems worldwide and have substantial negative effects on community structure and function (Higgins et al., 1996). Such invasive plants, commonly called weeds have been causing widespread environmental degradation for over a century. According to International Union for Conservation of Nature (IUCN), invasive species represent the second most significant cause of species extinction worldwide after habitat destruction. Invasive vines such as the Mikania micrantha H. B. Kunth. (Asteraceae), a fast growing climbing vine that smother existing plant communities attract significant attention because of threats they pose to biodiversity. It is one of the top 10 worst weeds in the world (Holm et al., 1977). M. micrantha then kills the smothered plants by cutting out the light (Huang et al., 2000). Because of its vigorous, fast and rampant growth habit, M. micrantha has been called mile-a-minute-weed or bitter vine (Waterhouse, 1994).

Invasive species often display biochemical, physiological and structural properties that are different from native species. M. micrantha increased the pH and decreased the suspended organic matter of the soil (Ehrenfeld et al., 2001; Kourtev et al., 1998, 1999; Li et al., 2006) rendering it less useful for the native plants to grow. Several methods, from chemical to biological, have been implemented to control the weed but their vigorous reproductive rate has facilitated their regeneration from deep roots even after burning (Swamy and Ramakrishnan, 1987a). Biological control is considered as the most promising sustainable control strategy for this weed (Tu et al., 2001). Various species of insects and mites have been collected on M. micrantha, but only few insects, Actinote and fungi were reported to be able to control the reproduction of the weed.

Non-indigenous, invasive weeds and insect pests are reaching new territories due to increased movement of human around the globe. The present paper reports one such invasion.

The site of our study was Chintamani Kar Bird Sanctuary (CKBS) (Figure 1) earlier known as Kayal-r Bagan, near Narendrapur Ramkrishna Mission, South 24 Parganas, West Bengal (22o25’44.4″N and 88o24’06.7″E), is a small protected region with an area of about 17.82 acres. It is a home for a wide range of small mammals, birds, reptiles, amphibians, butterflies, dragonflies, spiders, ants and other insects along with trees, shrubs, climbers, ferns and orchids (DFO, 2015). It was recognised as a sanctuary on 1982 by the Government of West Bengal, India.

There was an increasing visible infestation of M. micrantha at the CKBS over last five years causing severe damage to native floral and faunal biodiversity of the sanctuary Currently about 45% area of the sanctuary is covered by the weed creeping all over the canopy.

The Neotropical invasive invader, M. micrantha, is a climbing perennial weed native to central and South America, and has been listed as one of the 100 worst invasive alien species in the world (Holm et al., 1977; Lowe et al., 2001). It extended to the Pacific Islands, and naturalized in south-east Asia, mostly Asia temperate (China), Asia tropical (India, Indo-China) (Waterhouse, 1994). The weed is extensively found in plantations, pastures and along roadsides, and also acts as an intermediate weed in crops and forestry. The weed develops best where fertility, organic matter, and soil and air humidity are all high. Once established, this weed smothers other plant species. M. micrantha then kills the smothered plants by cutting out the light (Huang et al., 2000). In China, people gave it a visual name ‘plant-killer’ from its capacity to smother other species.

Description Of The Weed

M. micrantha is a many-branched perennial vine of the family Asteraceae that can grow simply through both sexual and vegetative reproduction. A large number of seed is produced ranging about 170,000 m−2 (Kuo et al., 2002), that are small and light (8.92 × 10−5 g) (Hu & But, 2000). The main source of invasion is via dispersion of seeds by winds into disturbed environments. Also the reproduction might take place from stem fragments which root easily at the nodes and from vegetative ramets from rosettes. Most local spread results from vegetative propagation (Swamy & Ramakrishnan, 1987b; Wen et al., 2000). The weed develops best where fertility, organic matter, and soil and air humidities are all high. It tolerates shades and very rapidly overgrows covering abandoned areas (Swarbrick, 1997).

The weed has a vigorous vegetative and sexual reproductive capacity (Swamy and Ramakrishnan 1987b), but cannot tolerate dense shade (Holm et al. 1977). They can even regenerate from deep roots after burning. Seeds are dispersed long distances by wind and the plant can grow vegetatively from very small portions of stem (Holm et al., 1977). Growth of young plants is extremely fast, 8-9 cm in 24 hours (Choudhury, 1972) and it will use trees and crops to support its growth; the weed rapidly forms a dense cover of entangled stems bearing many leaves (Holm et al. 1977). Areas freed from the weed can be recolonized within a fortnight (Choudhury 1972). Damage is caused to crops because the weed can smother, penetrate crowns, and even pull over plants.

The weed intrudes the natural forest, the stream banks, roadsides, pastures, plantations and cultivated crops. Generally the weed’s growth is accelerated in humid, sunny or shaded areas the altitude ranging about 0-2000 m altitude. Besides hindering the ecological cycle, the weeds also interfere with soil nitrification processes (Waterhouse and Mitchell, 1998). The weed is extensively found in plantations, pastures and along roadsides, and also acts as an intermediate weed in crops and forestry. M. micrantha has also been shown to have allelopathic properties i.e. release chemicals that can inhibit the growth of plants. Recent studies have isolated these allelopathic chemicals and demonstrated their growth-inhibition properties on young seedlings. M. micrantha debris incorporated into soil was also shown to inhibit germination and seedling growth in some crops (Smith, 1991).

There is no known actual method to control this weed (Waterhouse, 1994). For example, M. micrantha can even regenerate from deep roots after burning (Swamy and Ramakrishnan, 1987a). The best way to curb the proliferation of M. micrantha is to prevent spread in the early stages of infestation.

The moist bare soil accelerates the growth of the weeds. The seeds are distributed by air currents and sprout readily. Seedlings and established plants are susceptible to cultivation in dry weather, but the vines root readily when left in contact with moist soil or plant debris. The shoots are inclined to slashing and mowing, but regrowth is speedy. Stock feeding or grazing can be a good measure to control weeds (Swarbrick, 1997).

The weeds are possibly susceptible to: 1) many residual herbicides available at standard rates. 2) Some translocated herbicides including glycphosate and 2, 4-D before flowering the herbicides can limit the growth of the weeds (Zyang et al., 2004). 3) Some herbicides like paraquat which can control when the weeds are seedlings however, matured plants may recover from the base (Swarbrick, 1997). Herbicides such as triclopyr (Garlon 4) or glyphosate (Roundup) can be used as a foliar spray (Englberger, 2009).

Biological control is considered as the most promising sustainable control strategy for this weed (Tu et al., 2001). Research on biological control of M. micrantha started in 1978, concentrated upon insect agents (Cock et al., 2000). Cock (1982) found nine natural enemies and 20 secondary natural enemies. Among various biocontrol agents only a few could stabilize to control the growth of the plant. Of these Liothrips mikania (Priesn) (Thysanoptera: Phlaeothripidae) appeared to be the most likely species for M. micrantha control. It was released in the Solomon Islands in 1988 and, subsequently in Malaysia in 1990. However the agent failed to establish, due to extremely high predation (Waterhouse, 1994). Aphis citricola Van der Goot (Homoptera, Aphididae) is found very frequently and can cause leaf curl. The mite, Brevipalpus phoenicis (Geijskes) (Acari: Tenuipalpidae) caused leaf scorching in 1–3 months (Chen et al., 2002; Zhou et al., 2003). An Acanthopsyche sp. was also reported feeding on M. micrantha (Shao et al., 2002). A rust fungus from South America, Puccinia spegazzinii de Toni (Pucciniales: Pucciniaceae), is widespread and highly damaging throughout most of the range of M. micrantha in the Neotropics. It was introduced under quarantine for trials in India. The rust is widespread and highly damaging throughout most of the range of M. micrantha in the Neotropics (Cock et al., 2000). It attacks the leaves, petioles and stems, leading to ring-barking, followed by mortality of the plants. This pathogen was tested for host specificity by CABI Europe-UK (Evans and Ellison, 2005; Ellison et al., 2008) for release in into India, China and Taiwan. Another pathogen Pseudocerospora sp. restricts the growth of the weed by killing new leaves in wet areas.

Though the vast stretches of M. micrantha covering the dense foliage in CKBS is well flowered and is supporting lot of pollinators including butterflies (Figure 4) with their nectar yet this support is at the cost of smothering their larval host and adult native nectar plants. Studies by Jain et al. (2016), highlight that transformed landscapes due to invasion by non-native species may appear to benefit the flower generalist butterflies and other nectaring insects by providing extra resources but the flower-specialist butterflies and other pollinators may further increase dependence on few native flower sources. Such butterflies may seek human intervention in terms of landscape management of their preferred flower resources. Over time with no steps taken the native floral and faunal biodiversity will be negatively impacted. An integral part of sustainable forest management is measures to protect forests from natural threats such as fire, diseases, invasive weeds and insect pests (Chornesky, 2005). Increasingly, an additional and more severe threat in form of M. micrantha has been affecting the forest sector worldwide (Shrestha and Dangol, 2014; Basnet et al., 2016) including CKBS. The sanctuary needs to manage M. micrantha and other pest within the sanctuary’s system to protect native flora and fauna, maintain natural ecosystems and cultural heritage, and minimise the spread of other pest animals and weeds to and from neighbouring land which is being increasingly occupied by human through construction of highways and residential quarters around the sanctuary. This report may be taken as an early warning to save the sanctuary before it is too late.

The authors express their gratitude to the research grant provided by the FRPDF Scheme, Presidency University, Kolkata for undertaking this project. Our acknowledgement is also due to Ms. Deepa Mal for her field assistance and support. 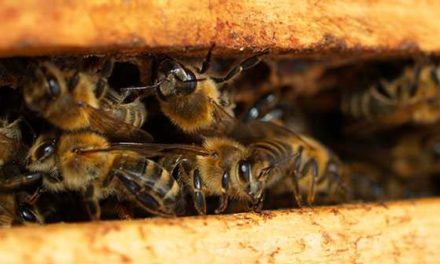 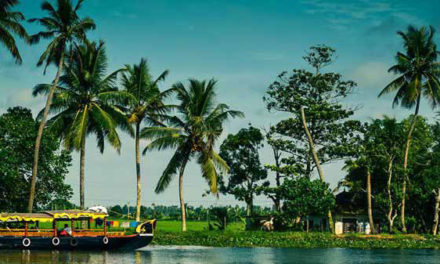