Humans are among the most successful living creature on Earth. Much of this success is traced to our ability to solve problems and change habitats to suit our purposes. We coax high crop productivity through the breeding and management of food plants. Fertilizers, plant protection measures, irrigation and improved seeds are the key elements of new agriculture technology. This new technology is unfortunately associated with the high pests and disease incidences. Thus pesticides play a vital role in modern agriculture.

A pesticide includes such chemicals as insecticides, herbicides, fungicides, acaricides, molliscicides and nematioides, which are used on plants, soil and water to control pest and diseases. Large-scale use of pesticides began after World War II with the widespread use of organo-chlorine and organo-phosphorus compounds. The use of synthetic pesticides in agriculture has increased rapidly during the last four decades and has over shadowed the traditional methods used to protect crop. Though pesticide use is said to have contributed significantly to the food security by the way of increase of crop production and post harvest losses, there is a growing concern over the ill effects of pesticides on human and animal health, environment, natural resources and sustainability of agriculture production. In the classical writings “Silent Spring,” Carson (1962), warned that pesticide are being used carelessly which cause hazards for non target organisms and result in technological failure of pest resistance, pest resurgence and emergence of secondary pests.

Indiscriminate use of pesticides reduces bio-diversity and aggravates soil, water and air pollution. Modern agriculture which, by and large, is based on the use of chemicals is also a victim of its own toxic substances like pesticides. These chemicals are continued to be used indiscriminately and without due consideration of their impact on agro-ecology. India ranks 10th in the world in pesticides consumption as its total consumption amounts to about 500 million tonnes. India is presently the largest manufacturer of basic pesticides among the South Asian and African countries, with an exception of Japan. The Indian Pesticides market is the 12th largest in the world with a value of US$0.6 billion (Hundal et al., 2006). Pesticides together with fertilizers and high yielding varieties have helped Indian farmers to achieve significant increase in crop productivity since mid 1960s. According to one estimate, every rupee spent in chemical pest control helps saving crop output worth Rs. 3. The average per hectare consumption of pesticides in India had increased from 3.2 gm in 1954-55 to 570 gm in 1996 (Bami, 1996). The present use of pesticides in India was 580 gm per hectare which is very low as compared to Taiwan (17 kg/ha) followed by Japan (16.5 kg/ha) and in the US it is 4.5 kg/ha (Kumarswamy, 2008). However, India compares well with advanced countries in respect of certain cash crops and other intensively cultivated crops. For example, cotton consumed 55 per cent of total pesticides in India while the total area under cotton was only 5 per cent. Similarly, in the case of paddy 17 per cent of the pesticides were consumed, while the total area under paddy was 24 per cent. In the case of fruits and vegetables, the usage was 13 per cent of total production and the area was only 3 per cent of total cultivated area (Dikshit, 2008).

The hazards of pesticides are well documented, but their benefits are largely ignored in published literature and the mass media. Many point to health or environmental problems from accidental or deliberate exposure to pesticides, particularly pesticides with high mammalian toxicity or those that persist in the environment. These risks should not be ignored, and efforts must be made to minimise them through rigorous regulation and proper training for users, but we should not overlook the positive impacts of pesticide use.

Everyone is interested in the age-old questions, ‘Is the food safe to eat?’ and ‘Can I drink the water?’. As consumers, we do not want pesticide residues in our food because they have no nutritional value and can potentially pose a risk to health. However, we need pesticides to ensure that a consistent supply of economical and high quality food is available and sometimes residues will remain in the food supply. As a compromise, we require that the amounts of these residues in our food and drinking water will not be harmful to our health and should be no more than absolutely necessary. Risk assessment, which uses scientific processes to meet these requirements, has progressed considerably in recent years.

The value of pesticides goes beyond agriculture. Many tick-and insect-borne diseases—yellow fever, encephalitis, plague, typhoid fever, malaria, dog heartworms, and Rocky Mountain spotted fever— today are held in check by insecticides. By controlling fleas, cockroaches, and flies, insecticides improve the sanitation and comfort of our homes. Long-lasting soil pesticides protect millions of homes against termites. Sometimes pesticides can restore balance to ecosystems harmed by the invasion of exotic species. To deal with pesticides responsibly, we must balance their benefits with their risks. But therein lies the conflict between pesticide supporters and opponents, because benefits and risks are rarely measured with the same “currency.” Benefits are usually measured in economic terms, whereas risks are measured in terms of human and environmental health. People differ in the priorities they give these two factors. In the worst case, this means opposing groups compare dollars and human lives. In the best case, groups are forced to seek solutions that are both environmentally wise and economically realistic.

However, the risks of pesticides, whether real or perceived, may force changes in the way these chemicals are used. Scientists and lawmakers are working toward pest control plans that are environmentally sound, effective, and profitable. The best pesticide policies will reconcile environmental concerns with economic realities. Pests must be managed, and farmers must survive economically. When pesticides are used rationally and carefully, in conjunction with other technologies in integrated pest than exception of Japan. The Indian pesticides market is the 12 largest in the world with a value of US$0.6 management systems, it is more likely that their use will be justifiable. IPM methods will continue to reduce our reliance on synthetic pesticides. IPM has always implied that pesticides are one of many weapons in the pest control arsenal which includes genetics, biologic controls, and plant production practices. IPM has research and “real life” success stories to keep it in the forefront of pest control. IPM is here to stay! That does not mean that IPM will not be redefined or adopt new methods as knowledge in the area of pest management increases. Already there are new concepts and buzzwords (i.e., “low input” agriculture and “sustainable” agriculture) which are basically IPM methods with slightly different approaches or emphases. IPM or related methods will not eliminate the need for pesticides. The benefits of pesticides are real, and this reality will outlive the changeable winds of public opinion. Pesticides can give fast and adequate relief from pests. As the human population grows and farm acreage shrinks, food production efficiency cannot be jeopardized. We will need all of the tools at our disposal for food production, including pesticides. 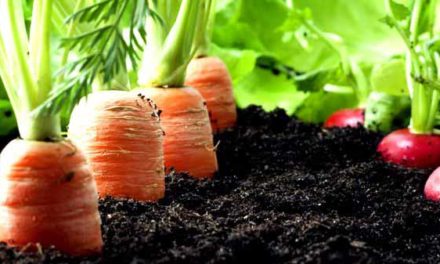 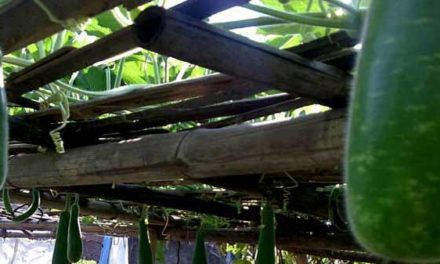 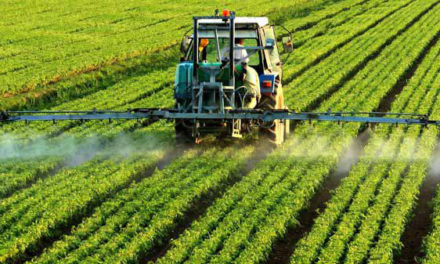